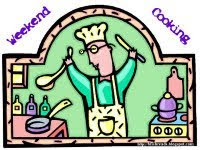 I have to hand it to her...when Julie Powell sets her mind to something, she gets it done. Following her now-famous project of cooking her way through Julia Child's Mastering the Art of French Cooking, Powell experiences a familiar bout of restlessness and decides to tackle...meat.
After unsuccessful attempts at finding a butcher apprenticeship in Manhattan, Powell ventures outside the city, landing at Fleisher's in Kingston, where she just honestly proclaims that she wants to "learn how to turn a cow into a steak."

Breaking down animals into their various cuts of meat (and holding her own in a typically men-only domain) keeps her from thinking about what's really going on in her life...a two-year complex affair with a man from her past and its enormous impact on her marriage.
It's gruesome and difficult work, but as her physical strength builds, so does her resolve to get her personal life in order. As her horizons are broadening, her life at home seems small in comparison.
So, while the first part of the book focuses on her apprenticeship, the second covers her travels to Argentina, Africa, and Ukraine, where she comes across the following dish, which I'm going to have to try after reading that it's "like a Ukranian translation of your favorite childhood comfort food."
2 cups sour cream
1 cup white or yellow cornmeal
2 tablespoons butter
Salt to taste
1/4 cup crumbled feta cheese
Place the sour cream in a small pan over medium-low heat, stirring constantly, until hot but not yet boiling.
Gradually add the cornmeal, stirring often, not letting the mixture come to a boil. Cook for about 15 minutes. The consistency should remain somewhat liquid; if it begins to get too dense, stir in more sour cream, a tablespoon at a time.
When you judge it to be about done, stir in the butter and salt to taste and take off heat. Let sit, covered, for five minutes.
Serve in four bowls with cheese crumbled on top.
I have to say that Powell's latest mission didn't resonate with me nearly as much as her last...or, really, at all. My eyes started to glaze over during some of the very specific details of butchering meat, but I appreciated the process for what it ultimately was...taking back her life and staving off losing herself.
She's incredibly honest, sharing her less-than-flattering thoughts and behavior. And, Cleaving, like Julie and Julia, inspires you to do something. Set a goal outside your comfort zone, tackle the roadblocks, and see what happens. All in all, it's a fascinating read.
Posted by Jill at 8:30 PM

I really want to read this book! I liked Julie and Julia a lot.

I'm so glad you enjoyed the book! I'm eagerly awaiting my turn to read it.

I plan on reading this sometime in the next year. Butchering is more of art than most people realize.

I won a free copy of Cleving in a contest, but I've been unsure about reading it because the reviews have been so bad. Yours is encouraging! Thanks for sharing your thoughts!

Usually I can read a recipe and have a idea of what it will be like. This sour cream/cornmeal dish has me wondering. I'm just going to have to try it. I'm glad to hear about Julie Powell's new book too.

I can't believe you reviewed this entire book and never mentioned her AFFAIR. wow....you know how she's sleeping with a man who's not her husband while telling her husband she's doing so and "that's just the way it is". wow....major detail of this book to just conveniently "leave out".

Kristy, I did not conveniently leave this detail out. I talk about it in the third paragraph.

My husband would love this book then.

I enjoyed Julie and Julia, but this is the second not so great review I've seen of this one.

Great! sounds like a fun book. I still have to read Julie and Julia though!